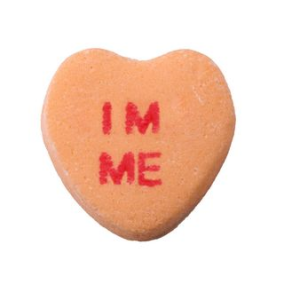 I’m on a train northbound from Portland, OR. I love visiting Portland: tax-free shopping, food carts, consignment shops, and wandering around Powell’s City of Books. Being in a new city often crystalizes or magnifies things differently for me. One part of racial equity work I thought more deeply about while in Portland is how we identify ourselves and who gets to control that narrative.

While in Portland I sat in on a panel on the Coalition of Communities of Color (CCC). I enjoyed hearing from some of the founding members and what they thought and remembered about the forming of the coalition. One of the concepts that stuck out was hearing an elder talk about the importance of self-identification and self-determination.

As an example recently in a meeting we started the day by inviting participants to share our self-identities. The group had been together before, but we hadn’t taken the time to share our backgrounds beyond the typical name, organization, and role. Since this group is focused on communities of color we took some time and talk about how we self-identify and the stories behind our identities. A colleague from the Somali community shared her name, including her eleven names which allows her to trace back her clan lineage eleven generations. Another colleague said “Pinay. That one word is how I identify. It captures my Filipina identity.” My Pinay friend talked about her background of coming over as a child immigrant and being a member of the 1.5 generation (children who immigrate and grow up in America), this was so much more interesting beyond just hearing where she works and what she does.

Taking time to share our identities helped us come together more quickly. We took time to listen to each other and stopped assuming or guessing each other’s backgrounds. When I introduced the activity I admitted I had made assumptions about others in the group, some of them right and many of them probably inaccurate. Intentionally slowing down to have a dedicated conversation about our identities gave us new vocabulary and insights into each other.

Centering People of Color through Self-Identity

The activity re-centered people of color and decentered whiteness. Often times we make assumptions about each other, including about white people. Through this activity we invited each other, including our white allies to name and identify how they see themselves. By inviting everyone to self-identify we leveled the playing field including allowing our white peers to say “I identify as white, my background is [this].” Some of the allies named their role in the group as an ally. By having to name their alleyship it re-centered people of color. Many times as people of color we are asked to check the box or we fill a spoken or unspoken quota that whites don’t always have to participate in. Taking time to identify ourselves can highlight how white-dominated meetings can get, which is important to acknowledge and creates more space to elevate voices of color.

If you want to invite people to share their identities, please be aware of the following: