Editor’s Note: When we started the Fakequity blog we reserved the right to publish anonymous pieces. This week we are publishing the first in a two part series written by a colleague who wishes to remain anonymous. We strive to have the majority of our blog posts as authored pieces, however the author has decided adding a name would not be prudent. We believe the views and voice in this piece are valuable and should be shared. 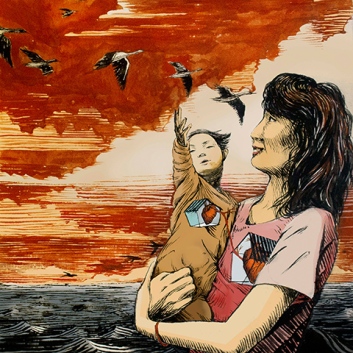 As an Asian American in social justice spaces, I spend a lot of time thinking about solidarity.

I grew up with a strong sense of my Taiwanese ethnic identity in my family and religious communities. As a child, I didn’t see this as being political or racial. It was just us being us. It was cultural. It was relational. Now, twenty years after my childhood, I find myself replaying my memories in my mind and constantly finding new edges to those experiences. I’ve come to realize because we were being Taiwanese in America, everything we were and did was racialized and thus political.

It was in school I learned how to see, experience, and name my place in systemic racism. Specifically it was four Black educators who taught me during elementary school, middle school, and college, and who called me in as a fellow person of color. Each of them shared not only about the oppression they faced but how they survived, resisted against, and thrived in spite of it. Some of my experiences were similar to theirs – e.g. working twice as hard to get half as far. Many were not – e.g. when and how our peoples arrived here. Still, I see my rise in social justice agency starting here, and so l begin this piece by appreciating my ethnic communities for being my first home base and these Black educators for catalyzing my growth as a person of color.

Strange as it might sound, I didn’t see myself as an Asian American until I became an educator. I checked the Asian box on paperwork and I recognized the people I looked most like. Growing up, though, I believed checking that box would put me at a disadvantage to all the other boxes, and I avoided other Asian Americans because I wanted to be seen as just me (years later I would learn to call this “internalized oppression”). As a teacher, I ran out of places to run when word spread that I was the young Asian history teacher, and Asian students would start passing my classroom to see if it was true. They started to share stories of being racialized, about the jokes they heard, the physical bullying they received, and the assumptions their teachers made about their lives and learning while ignoring the harm being done to them. Many of these stories were familiar to me, and I was surprised when I acknowledged this, healing began to take place both for my students and myself.

At first I thought that this was all that I could do – share my stories and let them know I survived and so could they. The more I saw, though, the more I understood our experiences weren’t just painful, they were also unjust. And to be our whole selves, survival was not enough. We needed to resist. Thankfully, I knew about resistance from my more established identity as a person of color and work in social justice. I knew how to see systemic oppression at work, how to bring people together, and how to build coalitions. I also need to say here, the older I’ve gotten, the more I recognize this training also came from my family and ethnic community – how to move through the world with multiple frameworks, how to be a good host, and how to present a united front. Not everything clicked perfectly. The structural and policy changes I had worked for – homes for all, living wages, and restorative classroom justice – weren’t as obvious priorities to me at the time for my Asian students.

My students were split between seeing themselves as people of color, wanting to be white, and actively working to be neither. Some literally wanted to be ghosts – there but unseen. And most wanted so badly not to be American – which most were – but to be seen and treated as Americans. We fight for recognition here, bringing spring rolls, bubble tea, yoga and singing bowls to share – feeding notions that we are but perpetual foreigners trading goods. Let us in, and we’ll give these up to be appropriated and commodified away. We’ll give up critical claim to our Asian homelands where our peoples have experienced and continue to experience the bulk of the racialized violence against us. We give too generously to show that we will do no harm, and we are overly grateful to gain acceptance for being allowed here. In doing this, we forget that what we should be grateful for is survival. We’ve survived, and we’ve buried the bodies, but hopefully not the memories of those killed and tortured by radiation and napalm and drones and dictators. And still – to humbly borrow from Maya Angelou – still we rise.

And so this is about solidarity.

One thought on “Asian American Reflections on Solidarity — Part I”