Before we start, we’re pausing to hold in our thoughts the school shooting near Spokane Washington. Harm and violence at a school, a place of safety, is tragic. To our colleagues in Spokane, we are holding you in our thoughts. 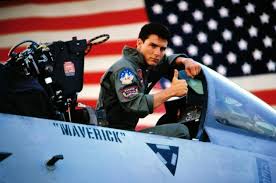 This has been a marathon meeting week. I’ve been in all-day meetings for most of the week and my introvert self is ready to find my hidey-hole and settle in with Netflix and headphones. One of the reoccurring themes from these meetings is how uncomfortable white people get when they are asked about why they aren’t talking about race. In more than one meeting I noticed white people getting defensive, then shut down the conversation when asked about race. I’m accustomed to listening to unsatisfactory answers and knowing my job is to ask and sit through these conversations.

“My community was shamed…”

My favorite line from a meeting this week came from a white person*. The person mentioned the organizers should proceed with caution and be sensitive because the community they (gender neutral to protect my integrity) represent was recently reported on in the news in an unfavorable light, “my community was recently publicly shamed… .” I cringed when these words were uttered. I thought “maybe they should feel a little shame, they aren’t innocent.” I also thought it took a lot of audacity for the person to suggest we need to tread lightly because a white community can’t handle being uncomfortable and they need special treatment.

This line also shows how much power white communities hold onto their comfort and how far they are willing to go to maintain their positions in communities. Being called out was a grievance and the language used was “don’t do that again to us,” and “we’re protecting our turf,” and “don’t let this happen again.” This behavior is what professor john a. powell (he doesn’t capitalize his name) calls as breaking. It ‘others’ people, saying you’re not one of us, and comes from a place of anxiety around diversity and the meta-narratives, leadership, and organizations around it.

In that moment, the white leader could have been an ally and acknowledged their community experienced a sense of anxiety and the change needed. Prof. powell writes “Anxiety isn’t necessarily good or bad. It’s just there,” it is what we do with the anxiety – do we channel it to understand and bridge, or do we use it to break our communities?

As our communities change many of us, white people especially, need to learn to be ok with being called out and called in. There are many white people expect to be catered to and expect “the benefit of the doubt,” that pocs assume their best intent, and “hold safe spaces” for white people. All of these cater to a sense of making white people ok and not asking them to feel any negative emotions such as anxiety and shame. But when we assume best intent and allow safe spaces to prevail it is only safe for one group. History doesn’t show that white people’s best intent is good enough. Was best intent used when white people created exclusionary policies?

“I went to the Danger Zone” 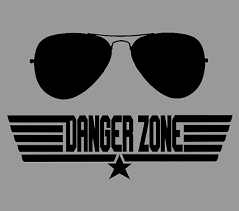 CiKeithia and I have a new joke called #dangerzone. It comes from my kid butchering the lyrics to the Top Gun anthem “Highway to the Danger Zone,” my kid sings it “I went to the Danger Zone.” Before or after hard meetings we’ll text each other #dangerzone. As people of color we enter danger zones all the time – meetings where we’re one of the few people of color, there to be the ‘strong voice for equity,’ or even just walking on the streets in mostly white neighborhoods. People of color don’t have the luxury of saying “that didn’t feel good, so I’m not going back into the danger zone,” if we did this there wouldn’t be very many places to go.

How to Make the Danger Zone Less Dangerous

Of course, I don’t want to shame and blame people around race. Shame doesn’t go far and people shut down. I do want people to experience race and to think about their actions and how their responsibilities to make danger zones less dangerous, shameful, and to encourage people to act.

Some ways we can work towards change:

Stop centering whiteness – As an example of how easy it is to slip into this pattern at another meeting a white speaker kept saying “non-white communities.” I finally interrupted or disrupted and said “Please say what you mean, communities of color. When you say non-white you’re centering whiteness again.” A small language change that makes people of color visible.

Watch who is speaking – While watching a council meeting I took out my phone and started timing how long elected officials spoke. The meeting was dominated by white women who kept speaking and wouldn’t stop. We should all be conscious about how long and often we speak.

Facilitate for PoC safety – Facilitators and meeting organizers need to make sure they are actively disrupting whiteness and inviting people of color in. Using the Color Brave Space facilitation guidelines helps with this.

Leveling power with high maka-maka people – High maka maka is a term from Pidgin English to denote people with status and power and who may need extra preening. It is important to level the power dynamics and remind people why they are there, which may be to hear from the community not to showcase what they know. A few months ago, I helped to organize a meeting between immigrant parents and policy makers. We attended to the power differential by telling the policy makers they were there to hear from the parents not to share their agenda. The policy makers were being given a gift of personal stories and insights and they needed to honor the stories by listening. This short reminder changed the meeting tone to one that centered the families more.

Let’s stop with the danger zones and help to create more spaces for learning and relationship building.

*I was in meetings or watching meetings with many white people this week. If you are trying to guess or think it was you, relax many people have uttered similar lines.

If you subscribe to the blog, thank you. Please check fakequity.com for the most up to date version of the post. We often make grammatical and stylistic corrections after the first publishing which shows up in your inbox. If you would like to subscribe there is a sign-up box on the right sidebar.

One thought on “Leave the Comfort Zone for the Danger Zone”