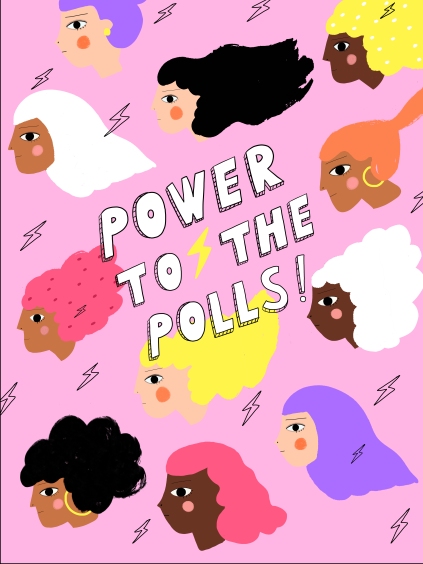 Artwork from Amplifer, by Carolyn Suzuki

If you’ve seen me this week, I’ve probably talked to you about the upcoming school board elections. It is an esoteric topic that most people don’t spend more than a few fleeting moments thinking about, let alone talking about. I make really boring cocktail party conversation. In King County, WA it is filing week for the next election. Seattle Public Schools has four seats out of seven open for election. Last night another school board director announced an early retirement with about two years left in her term. This means there are five seats opening up on a seven-member board – a huge and perhaps rare opportunity to create systemic change for a school district.

If you follow school politics even a little, you’ve realized school boards carry a lot of responsibilities and can create systemic change in public education. They play a role of keeping public education accountable to the public which funds and entrust our children into our educator’s care. School boards also shape the values and vision, hire the superintendent (or head of the district), and set policies and the budget for the district.

As I mentioned earlier in Seattle, we have a rare and unprecedented opportunity to create leadership change on an elected body with five of seven seats opening. This is why we need a diverse candidate pool.

My friend Lauren said it best: “Our systems were built by and reflect white dominant culture and are designed to produce the outcomes we are seeing – to begin to undo that, we need leadership from communities of color and communities who have been kept from power.” If we take a historical look at how educational systems were built in America, we can quickly see they were built by white people to advance white people and their agendas. As an example this article about Hawai‘i’s education clearly shows how white landowners gatekept access to the education system to benefit themselves:

“When Hawaii’s public schools were in their infancy, most of the land was held by a few wealthy landowners who not only did not want to pay higher taxes, but who knew that their power [relied on] having a population that was [not] well educated,” –Why Hawaii Is No Paradise for Teachers, City Lab, 2017

If we look at any school system in America, we can find relevant examples of how education is not equal for Blacks, Native Americans/Indigenous, and POCs. Diversity matters in school boards because our lived experiences and proximity to people most impacted by educational disparities informs our views, biases, and our accountability systems. As an example, as an able-bodied person, I do not understand the day-to-day challenges of a person living with a physical disability. If I were making decisions about special education or educational services for a person with a disability I would have to recognize what I don’t know and seek out that information, both of which takes self-awareness, humility, and being in relationships with people who can share lived experiences and be able to provide strong analysis and honesty. The same goes for English language proficiency, racial identities, gender, immigration status, and onward. We don’t know what we don’t know. Having a diverse candidate pool allows us to have more people in a race and in office that can represent different experiences.

How we identify, understand and prioritize problems are informed by our lived experiences. I’ve seen this play out time and again at the school board. As Lauren put it so simply, “we recognize that the deck is stacked [against BIPOCs] but we have to start some place.” Our current educational system is stacked against Black and Brown children receiving a quality education. Those who do are in many ways the exception, not the norm. It shouldn’t be this way. Having leadership and representation from BIPOCs helps to illuminate problems AND solutions differently.

BIPOC representation on a school board doesn’t guarantee they will act in communities of color best interest. I’ve watched many BIPOCs vote against community of color interest. Just having BIPOCs on elected bodies doesn’t mean they will solve problems and be servant leaders. But we can have hope and work towards change, rather than do nothing. It also means we must continually educate, hold our BIPOC elected accountable, and require people and educational systems to do deeper analysis on why and how race influences outcomes.

My friend Leslie constantly reminds me it often takes seven to nine asks for a women to agree to run for office, for men it takes fewer asks. I don’t know what the number is for women of color, but I imagine it is at least seven if not more. And at the school board level, at least here in Washington, the work is very under-compensated. School board members can earn a stipend up to $4,800 a year. According to colleagues who serve or served on school boards the work can range from 10-20/hrs a week.

We need to keep the pipeline of BIPOC candidates strong and continuous for school board and other elected positions. When we do, we have a better chance of being able to push for changes rather than hold ground or slide backward. We also need to work in cross-racial solidarity in order to understand the nuances of issues and find appropriate solutions.

If you are in Seattle and interested in running for the Seattle School Board, you have until Friday, 17 May 2019 at 4.00 to file with King County Election online, 4.30 if you show up in person. As mentioned above there are four seats up for election in North Seattle and West Seattle.

Other steps we can all take to support diversity in our school boards and other elected offices:

Much thanks to the WoCE network for guidance, encouragement, and support in writing this.

If you subscribe to the blog, thank you. Please check fakequity.com for the most up to date version of the post. We often make grammatical and stylistic corrections after the first publishing which shows up in your inbox. If you would like to subscribe there is a sign-up box on the right sidebar (desktop version).