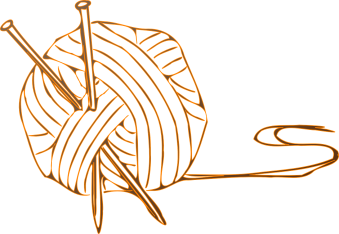 Last Sunday I was scrolling through Twitter and saw #Ravelry was trending. I thought it was odd since rarely does a crafting website trend on Twitter. The hashtag was trending because the social media, mainly knitting and crocheting website, took the step of saying they would no longer tolerate any Pro-Trump support.

It went on to say conservatives and Trump supporters are allowed to stay as long as they didn’t voice support on the website. This was a bold move from the social media platform and right away some people were upset. Many of the comments against the ban were along the lines of:

The comments go on and on. Many expressed support and vowed to stay with Ravelry. Other knitting and yarn stores are also expressing support, and others are being vocal about deleting their accounts and some are saying the website will collapse because of this decision. Many of the statements in opposition expressed outrage that they felt denied something they expected to always have — white (or other) privilege and norm-beliefs that they are the norm.

When I wake up in the house I live in, I’m participating in a racist society that granted me the privilege of living in this neighborhood. White supremacy practices once red-lined the city and housing patterns show that. White supremacy also said I’m worthy of a home loan, we proved our worthiness by documenting our incomes through jobs granted to us because we met certain educational and societal norms set by white people. I’m acceptable and worthy of a chance not afforded to many others in society, especially Black and Brown people. When I walk into a store and purchase good, I’m participating in white supremacy because I expect to be treated a certain way in the store and I have the money and credit cards to prove it.

I’m guessing many of you may have similar daily ways of living that force you to participate in white supremacy or to benefit from white supremacy. Our society is built on the notions of whiteness and we uphold it as a norm by simply living how we do. We must learn to acknowledge this so we can undo it.

I don’t buy the argument from people, especially white people, that they are not white supremacist. White supremacist are not all card-carrying, finger signaling, KKK, white nationalist. Our everyday actions can and often uphold white supremacy. The fact that I’m writing this blog post in English and posting it to the internet is upholding white privilege standards. Our actions have consequences and we all can choose how we use our individual privileges to undo the racism inherent in the structures of our society – this includes for white people, you don’t get to just say “I’m not a white supremacist” and be innocent and free.

As an exercise, think about the following:

All of these and many other actions we participate in every day are dictated by white supremacy standards. Step one is acknowledging it and, step two is talking to other white and some BIPOCs who don’t get it and point out how their privilege is showing. We can reshape our society to embrace different standards, but it takes intentional effort.