A few weeks ago Heidi and I had an email conversation around the word ‘centering.’ Heidi kept using the word and I kept emailing her back saying the word is jargon. She pushed back saying there is no other word to convey the feeling of ‘centering’ work around people of color. It was a good back-and-forth email conversation where we worked through what exactly centering means. We thought we’d share some of what we learned. 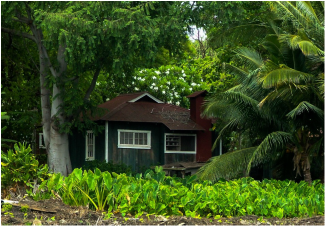 This isn’t my Grandma’s house, but she lived in a similar looking planation style one.

Heidi’s research yielded this background on centering:
“One of the origins of the term “centered” comes from the medical world, as a way to draw a distinction from “doctor-centered” medicine to “patient-centered” medicine. The term “centered” or “community of color-centered” is defined as intentionally focusing on people of color, to physically and mentally shift, and pivot from the default habit of centering and prioritizing whiteness.” — Heidi Schillinger, 2015

Other centering movements are growing, including centering pregnancy, a model that allows pregnancy women to have a group experiences and to support each other through pregnancy and post-partum. Centering in environmental justice, centering on race in education, etc.

I think of centering like my Grandma’s home. Her house was a centralizing place where the family gathered, were fed (‘go eat,’ or ‘you hungry?’ were constant utterances), shared information, hashed out our differences, and made decisions. My grandma’s house was the hub, the center of extended family life. Family life was centered around what happened and what we learned at the home.

In a community context centering means the project or organization is rooted and anchored, like Grandma’s house, in the community. Centering a project means meetings are a place where decisions are made with communities of color at the center of the decision making, where people of color from communities most impacted have decision making control, where we share and receive key information in an open and honest way, and communities of color control timelines, goals, and other key aspects of the project. A project that is centered in the community also allows the community members a space to disagree with each other, but then emerge with a united message and voice.

Off-Centering
Let’s have some fun with off-centering. Off-centering is like that feeling when you first meet your boyfriend’s/girlfriend’s parents, or better yet their grandparents. Everything is lovely and nice, the elders are courteous and everyone is on their best behavior (or not), but it just feels weird. The weirdness comes from being new and not knowing the rules, preferences, or having much control over the situation.

A colleague shared a story of how off-centering impacted her community. My colleague leads an organization that is embedded in a housing community where many refugees live. Many of her families are newly arrived immigrants and refugees who aren’t accustomed to American parenting and unspoken child safety rules (i.e. unattended children, discipline, etc.). For a long while Child Protective Services (CPS) was called to the housing complex to investigate child abuse and neglect cases on a weekly basis. It was incredibly stressful for everyone involved. The parents didn’t understand why people were talking about or removing their children, CPS was frustrated they continually had to show up in the housing complex, and when children are removed from a family they don’t always understand why. By not having a focus, or putting the refugee community and their children in the center of what is needed, CPS was forced to use a heavy handed approach to ensure child safety, which was ultimately what everyone wanted including the parents.

Finally, the parties came together to put children in the center. A round table discussion started and over several months, CPS, parent representatives, school leaders, and a few others began to listen to each other. The community and parents became key allies, rather than adversaries, in helping to solve the problem. The parents helped with information flow between the round table and others in the community. They also had control and power over agenda items when the group met. This allowed parents to say to CPS “Your practices are harmful to our children. We don’t understand why you take our children away,” which was an important message to share. CPS was also able to share their responsibilities in keeping children safe and how the community could respond to keep children safer. My colleague’s organization did their part by listening to her parents and starting a Play & Learn group to support parents of young children, parenting support groups, after-school sports programs for youth, and continues to host monthly gatherings for the community to talk and raise issues.  Last year they had zero CPS referrals in their housing community.

Be the Center
In our everyday work we need to be a force that anchors ourselves to allow communities of color own the ‘center.’ Much like how my grandma’s house was a welcoming and inviting anchor for my family, we can do this in our everyday community work by:

As my grandma used to say “Come now, we go visit,” which was code for getting things done. Now let’s go center ourselves.